How You Can Choose the Best Domain Name : SEJ

Naming things can be quite fun, and at the same time frustrating and daunting. Babies, pets, your business, your Wi-Fi router, and yes, your domain name.

Whether it’s for your business or your personal brand, it’s definitely worth it to spend some time thinking about your online brand. And what better way to start having a solid presence by having a strong domain name? After all, it’s what people will be typing to get to your website, among a whole load of other things.

It’s very rare, if not impossible, to see that combination, and most potential clients or customers know this. But it’s more than just making your domain name look good. It’s about having it perform well, as there are other factors to consider as well due to it being a big part of your online brand.

It may seem to be an attractive strategy for SEO purposes to have an Exact Match Domain (EMD) such as www.buycashewnutsonline.com. Given that the domain name usually has a strong association with the information on the website, it could make sense for search engines to push these sites further up the SERPs when people search for these keywords. However, this isn’t the case these days.

Since 2010, trends have shown these domains to be in decline in terms of its SEO effect. It makes better sense for it to be this way since it doesn’t really work well in favor of users. It still definitely is a factor in SEO, as it should be, but given how quality content should be the primary deliverable for SERPs, this shouldn’t be as much of a factor as it was in the past.

So let’s say you’ve decided against www.buycashewnutsonline.com and decided on something more generic, such as maybe, nuts.com. As you know, four-character domains under the .com TLD are expensive to acquire as all of them are sold out. Having the four characters mean something could push it into the range of a few hundreds of thousands of dollars.

Well, one company did exactly that. In 2009, a company that was known as NutsOnline.com and formerly as the Newark Nut Company, purchased the domain and then rebranded their company to the new domain. However, revenue dropped immediately as a direct result of less traffic.

There are a lot of different alternative reasons as to why this could have happened, but I think we can generally agree that this probably wouldn’t have happened if the company did a redirect from the new domain to their old one instead and thus keeping all of the “juice” that existed. Today, however, the company is doing quite well, so the investment may have paid off.

Does this mean we should all switch to these generic domain names? Well, if you or your client have millions of dollars in profits per year while somehow having a brand that isn’t so recognizable or having one that the company wants to change, it might be worth looking into this option.

If you’re just starting out, though, this might be an option, but do take it with caution. A wide collection of studies shows that while it can be a viable option, the effectiveness is dropping quite a bit. For example, EMD correlation with ranking seems to have dropped from 0.34 in 2010 to 0.18 in 2012. This quite interestingly matches up with how it worked in the “real world”. Things were very generic early on, but eventually brands caught up and generic products dropped in popularity overall. However, just like in the “real world”, generic products still exist, and in some industries like the pharmaceutical industry, are actually regaining traction.

If the company has a recognizable and well-known brand name, however, it might make the most sense to have a pure branded domain name. After all, people will probably be typing the name of the company into the URL field and just entering “.com” afterwards anyways. However, if you’re reading this far, you probably aren’t in the situation where almost everyone in the country has heard of your brand or of your clients.

It still may be the best option, however, and is definitely something that all companies should seriously consider when choosing a domain name.

While these are three of the most common options when choosing a domain name, they certainly aren’t the only ones. They also have variations, which open up a huge range of options for you. However, there are two big factors that you should always take into consideration when buying a domain name.

As I mentioned earlier, it’s quite important to measure the power of your brand. This not only means the ability for it to be recognized and remembered, but also the history of the company and the direction of where the company is going.

Unless you just add a hyphen or the name of the city the company is in, you’ll most likely be changing the brand of the company if you choose a domain name that’s quite different from the current name. So, I recommend that you consider this option in light of it being a significant business decision and not just a web marketing one. However, the brand name of the company should definitely not be changed just for the sake of getting a cheap domain name.

Since it’s completely legal in the US to have a registered business that has the same name as another in a different state, it’s quite possible that your brand name is already taken. Like the brand power factor, this decision also goes beyond web marketing and takes the growth plans of the company into consideration.

Does the company plan on expanding beyond the city it’s in? Or are their services and products offered outside the area already? While it certainly is possible to create a different domain for each city or region the business maintains a certain level of presence, it’s not advisable to have multiple domains. The compounding SEO effects, as well as the fact that you won’t be going crazy managing 20 or so domains, make it sensible to just have one domain. After all, it is possible to have subdomains or subdirectories.

If you’ve said yes to either one of the two questions I presented, it may be worth reaching out to the other business if they’re open to selling their domain name. Otherwise, you may have to consider other options or even maybe slightly modifying the brand name in order to make yours unique, especially if you’re planning to expand into areas that already have businesses registered with the same name as yours.

Getting Around the Limitations

So, let’s say you’re keeping the brand name as it is but are hindered from getting a domain name that directly matches your brand name. If you’ve determined that it’s best to keep the current brand name, here’s some options for you to consider.

Hyphenating is a common way to get a branded domain without having to shell out a lot of money to buy an existing site. However, it unfortunately has a certain amount of negative stigma from the spam-heavy days of the early 2000’s. It also may have a negative effect on one’s SEO, though some sources state otherwise. However, given that the only arguably positive side to this option is lower costs, it generally is a good idea for businesses to invest in a hyphen-less domain name.

Associating your brand with these negative traits as well as the potential slight annoyance of using a key that isn’t really used too often is not something you want.

Another option businesses can consider is adding a small generic descriptor, such as “foodcart”, to the domain name, ideally at the end. You’d want to pick something as short as possible to add though as long domain names generally aren’t user-friendly.

If you’re outside the US, it may make sense to register a domain with a country domain extension such as .fj for Fiji and .at for Austria. Going for this instead of a domain that ends with “.com” opens up quite a discussion SEO-wise, but generally speaking, it shouldn’t negatively affect your SEO or how your customers view your domain. Chances are, they’re already used to typing your country TLD so it wouldn’t be out of the ordinary to have them do the same for yours.

While going “.net” can be a viable option as it is still a common alternative to a “.com” registration if you’re unable to acquire it, it isn’treally a viable option. I mean, when was the last time you went to a site with this TLD? Or more importantly, do you ever type “.com” instead? Given that 50% of all domains have the latter TLD, we can assume that a good amount of people do that. What’s worse is if your competitor owns the “.com” and you end up redirecting your potential customers to them.

One of the biggest issues with “.net” is that it is in people’s minds but not enough to make it stand out. A great way around this is with a new TLDsuch as “.soy” if your company sells soy-based products. It’s unique enough that customers would probably be more likely to not accidentally type “.com” but relevant enough that it would make sense for your business.

As I mentioned at the beginning, it’s not just about making your domain name look good, it’s about having it perform well. Of course, looking good is one of those factors, but it isn’t the only factor one should consider. It means taking into consideration multiple factors such as the current state of one’s brand and budget then trying to find that sweet spot that, in the end, gives you the best ROI. It is an important business decision and should not be made casually.

What other things do you think businesses should consider when making this decision, and what other options do you think are available to them? Let me know in the comments below! 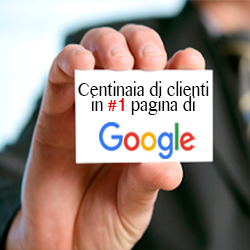